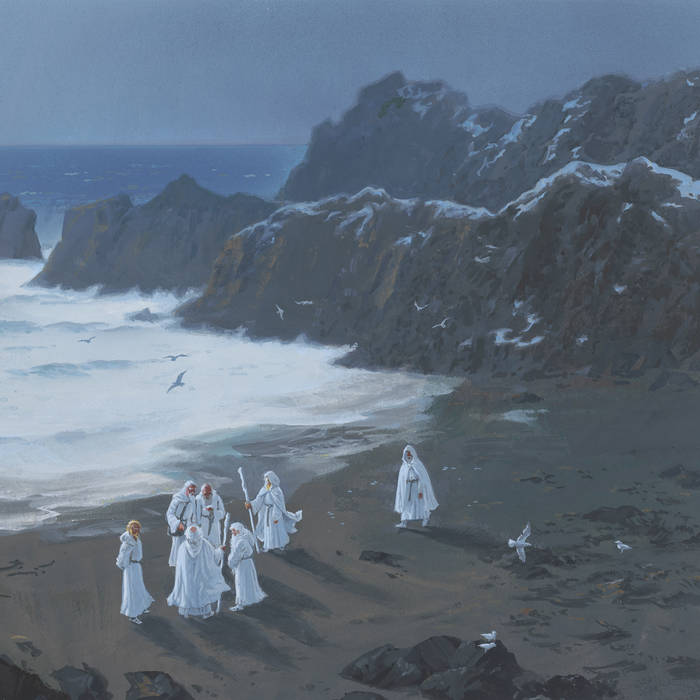 Ben Perry As I suspect was the same for many, the 9:20 mark on The Wheel made me rush to purchase this as soon as possible...righteous stuff Favorite track: The Wheel.

beneathsand What an amazing album. I can't put into words how I feel listening to this. Perfection from start to finish. Favorite track: The Wheel.

Alice M. I’d call that “a post-ish cousin of Somali Yacht Club, with touches of harsher vocals here and there”, but there are probably better descriptions out there. Heck, the beginning of “Ancient Sands” is even basically atmo bm… Anyway, for some reason I feel that this was the kind of stuff I needed at the moment, so here I go. Favorite track: The Wheel.
more...

Dawnwalker return with the true follow-up to 2018's Human Ruins with 'Ages' - a portrait of a mythical world in decline. The seas swell and the forests burn. A cold wind blows for us all.

There are no two Dawnwalker records which sound the same, but each creates its own world. 'Ages' sees the band move deeper into longform, experimental metal compositions which may appeal to fans of Opeth, Wolves In The Throne Room, Kayo Dot and Tool, mixed with a prog/folk sensibility that stems form a love of King Crimson, the Moody Blues and Led Zeppelin, and pays homage to concept albums from the 1970s to the present day.

All songs written by Mark Norgate.

Ages was recorded and mixed by Joe Clayton at No Studio in Manchester, England during February and March 2020.
Additional overdubs and vocals were added at home.

Mastered by Brad Boatright at Audiosiege in Portland, Oregon in May 2020.

“…the sound of hope against hopelessness; togetherness and isolation; and a dawning sense that something is wrong. There is a cataclysm on the horizon."
www.angrymetalguy.com

"An extended kaleidoscope of clashing crescendos suspended in a constant state of flux."
pitofplagues.com

“…it's just so, so perfect and moving and human and lovely that you can't really resist. No point in trying.”
machinemusic.net

Bandcamp Daily  your guide to the world of Bandcamp